Ramdas Sonkar continues with writing booklets through which he aims at bringing about some change in the consciousness of the Dalit communities. He is conscious that he will have limited appeal in the beginning. He dreams of a society where everyone gets equal treatment and where the society is a single entity regardless of any class or caste. His mind, filled with such dreams, keeps him active in undertaking writing tasks. Besides, he happens to be one of the main founders of the Babasaheb Bhimrao Ambedkar Foundation, the organization known to fight for the right causes of the Scheduled castes, Scheduled Tribes and Other Backward Classes. He is also the founder president of the ‘Samta Samaj, an N.G.O. entrusted with the task of physical, mental, social and educational development of the poor residents of the urban slum areas and villages, particularly children below the age of six years in Lucknow district.

Ramdas Sonkar, was born on 9th December 1931 in village Saunhdaak Mahraha in district, Fatehpur, Uttar Pradesh. His father Chedalal was a marginal farmer with no educational background.

From an early age, he cherished the dream of recognition in society and so he aspired to qualify for the Indian Administrative Services and other such competitive examinations. He was also selected for the P.C.S in January 1957. Faizabad was his first posting, but he resigned from there in April 1957 to join the I.A.S. in U.P, a state to which he belonged.

Today, his old writing skill has helped him in writing booklets. His first booklet ‘Dharma Vyadh aur Vyadh Gita’ was published in 1993. His ‘Bharat ki Vyadh Jatiyaan’, is presently in the press and ‘Prashashan Mein 39 Varsh’, is being written by him at present.

Ramdas Sonkar, was born on 9th December 1931 in village Saunhdaak Mahraha in district, Fatehpur, Uttar Pradesh. His father Chedalal was a marginal far.... 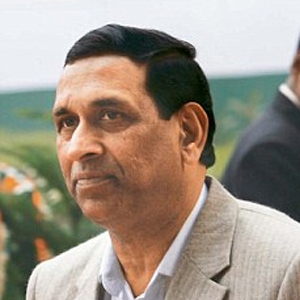 SHRI KHEM SINGH SURYAVANSHI JI (retd. Head Teacher) was rewarded by president K.R. Narayan on the occassion of Teacher's day in the year 1999. His ....

Sona khatik stop going to school as her family needed an extra breadwinner. Sona started tutoring small children in her nearby locality.This small in....